Nowadays, we describe the relationships that we quickly consume with funny words such as ghosting and phubbing, all of which are of English origin.

It all started with ghosting in 2014.

A lot of words have been (and continue to be) coined to describe how relationships develop and end in the postmodern era, such as ghosting, which describes the sudden disappearance of your lover from our lives, his/her sudden disappearance, briefly turning into a ghost. Kittefishing, zombieing, stashing, breadcrumbing and many more that may seem meaningless to you at the first stage… These words that make us laugh and maybe close the hurtful wounds of love with their funny sides were born with the dominance of social media in our lives and most importantly when we searched for love in many dating apps, not outside. . We have come to these days from a time when friendship is offered rather than dating, love letters are the only means of communication, dates, application meetings, polygamy, internet romances, online dating and online love wars. We have passed from eye-to-eye spontaneous loves to profile-oriented (Instagram, Facebook, etc.) organized relationships. There are American bloggers and writers, who are in the interest of the millennial generation, and who write for journals such as Refinery29, Man Repeller, The Cut or The New York Times, behind these “ing” words. Vice writer Alison Stevenson said, “These words perfectly describe the age we live in. Love turned into chaos. Just like words that are quickly derived from today to tomorrow, love develops very quickly and is definitely unstable. In addition, social media addiction has led to a more plural life with millions of people.” Polygamy has never been so ordinary, and love has never been so virtual, game-like, fast and volatile. What about true love? 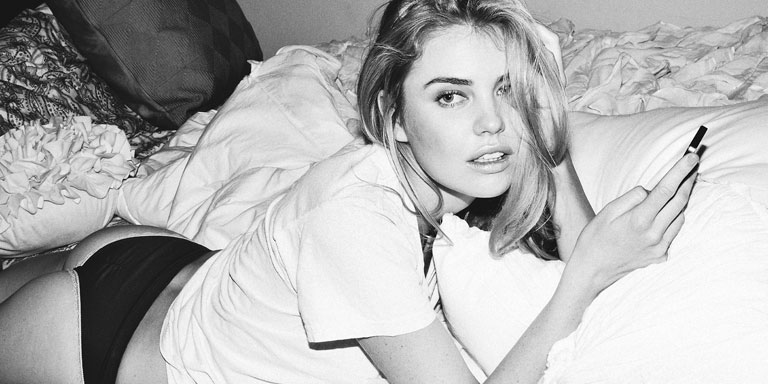 According to a 2014 Huffington Post study of 1,000 Americans, 11 percent have practiced ghosting and have simply stepped out of their partner’s life. Used to avoid annoying statements like “We need to talk, we have a problem” before a breakup, ghosting is a radical and practical solution. But he injures the other side and catches him by surprise. With a single click, your lover’s profile is deleted or blocked. The person who is now an “ex” sometimes desperately waits for his loved one to reappear, but in vain. Let’s move on to Zombieing. Why not a lover who turns into a ghost with Ghosting? He’s a zombie because he can pop up in front of you after a long separation, send messages on social media, as if he wants to keep you close at hand and in reserve… It only confuses you and creates uncertainty. In breadcrumbing, which is similar to Zombieing, the lover appears from time to time, gives hope like scattering breadcrumbs, and then disappears again. “DO NOT SET YOUR EXPECTATIONS HIGH” Hurriyet newspaper writer Aslı Barış talks about the dating app Tinder and the like, about what goes on in these worlds: We experienced the Tinder app with a male colleague when it first came out and we covered it. We wrote both our own experiences and the experiences of others. In the initial phase, I spoke to over twenty people using the app. The stories were like horror movies: Those who locked their accounts and escaped, those who tried to get professional counseling for free, those who made strange requests… Frankly, I was a little scared. A dare though, I started ‘swiping’. I liked it at first; It’s like a catalog, you pass what you don’t like. In this century, I thought, no one will be alone anymore. But when we met, I realized that I was dealing with people I would never have met under normal circumstances.

The fact that the person in front of me had sexual expectations even though we had just met was another abnormality. I think these types of apps have completely confused Turkish men who already have problematic behavior towards women. They think every woman they see on the apps is ready to be with them, and this causes an unwarranted ego explosion. After the news came out, we also got feedback from other dating sites. We have seen that there is an application for every lonely heart in the virtual world. The ones I remember are My Macchiato, OkCupid and Commeetment. Especially in one of them, it was necessary to take all kinds of psychological tests. The promises were ‘We offer serious relationship’. I also came across the confidentiality requirement: I even heard a sentence like ‘We will not show your profile to anyone and disgrace it’. So, looking for love in the virtual world can also be understood as a kind of disgrace. I even spoke to a couple who met on Tinder and got engaged, and they had to make up a dating story to tell their families. Let’s face it, though, it’s something that can be good for single career people who are stuck in the plazas and see the same 20 people all the time. Just don’t set your expectations too high.

Now imagine a different scene. You agreed to meet for the first time with someone you met online and thought you had a mutual understanding. In the end, you came together, but instead of talking to you, the person in front of you is constantly looking at your phone, snobbering you; maybe even looking for a new girlfriend from dating apps, who knows? Psychoanalyst Pascal Couderc, author of L’Amour Au Coin de l’Ecran, points out that phubbing means “You’re not interesting at all, my phone is more interesting than you” and is definitely an aggressive style. According to a 2013 UK study by Yougov (a worldwide Internet-based market research and survey company), one-third of Britons have been exposed to phubbing. We call it cushioning when people who are in a relationship or who are married flirt online and search for lovers on dating sites. It can also be summarized as a self-guarantee tactic against the danger of being idle. In an age where polygamy is dominant and people can be with other married or single people, isn’t cushioning a little innocent?

Considering that the virtual world and dating applications are a suitable area to deflect and change the facts, kittenfishing should not be surprising. It defines kittenfishing to show yourself different than you are, to post posts where you look younger or weaker, to exaggerate your features, to apply filters to your photos. According to the dating app Hinge, 38 percent of male users and 28 percent of female users have fallen victim to kittenfishing. From this, we could well argue that women are more adept at deforming their profiles than men. Regardless, if you are looking for your partner in the virtual world, you should risk encountering kittenfishing.

Let’s end the love dictionary search with one last term. If your lover does not know you on social media, does not add that he is in a relationship, does not invite you to friends and family meetings, in short, acts as if you are not in his life, then you have a stasher. Stasher often judges her partner by her physical appearance or social status.

Because of this, he is afraid to bring it around himself. People exposed to stashing gradually lose confidence in the relationship and in themselves. 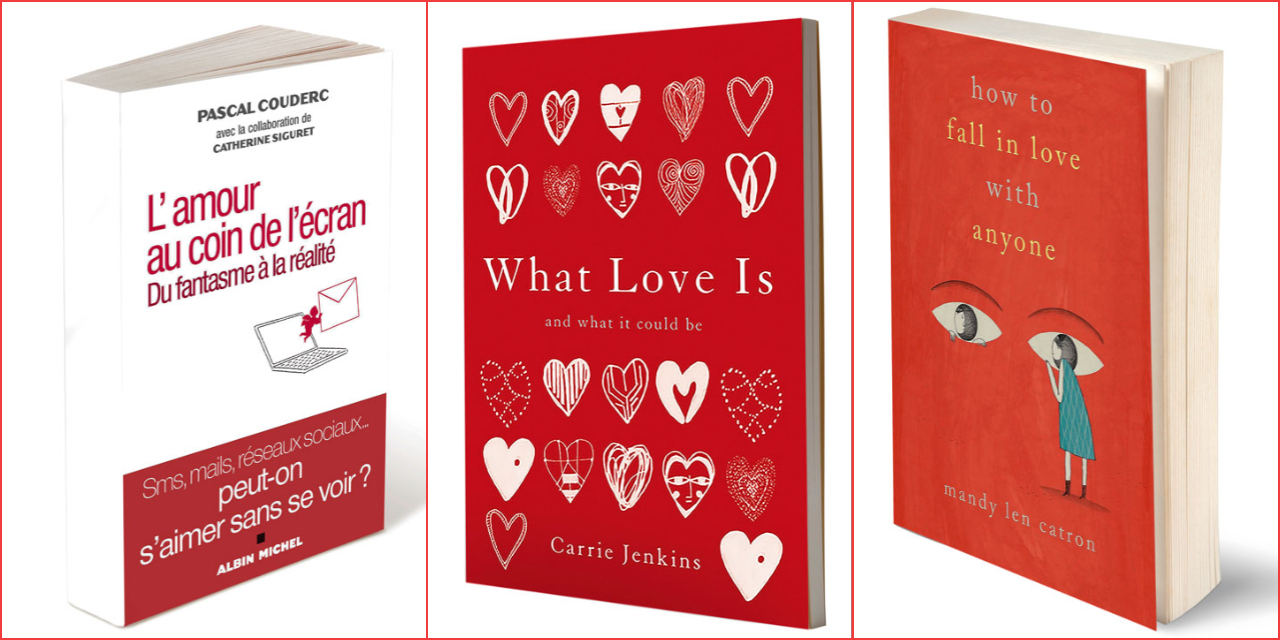 LOVE IS NOT FIXING MENU

Is true love just a utopia in this labyrinth? Experts who lend a hand to every subject continue their research on this very special issue. American psychologist Arthur Aron and his team were successful in making two strangers fall in love with each other in 36 questions in an experiment they conducted in 1997. “If you had a choice, who would you invite to dinner? Can you tell the story of your life in four minutes?” If you are wondering what else there is besides questions like these, you can search the internet. Columbia University English Professor Mandy Len Catron, who found her soul mate years later by doing the same experiment, tells her story in How to Fall in Love With Anyone. In her book, Catron explains that she believes that the existence of shared values, beyond the intensity of emotion, breeds and sustains love. There are a thousand and one ways to find love now. With Aron’s 36 questions, it is not difficult to find love in the internet world, dating sites and apps. But the meaning of being a couple has changed a lot. We are in a ruleless period where cheating increases and creates a space for couples with the internet wave, polygamy becomes commonplace, the idea of ​​compersion, which tells that people should not be bothered by their partners being with others, becomes widespread, and relationship statuses can change in seconds.

Philosophy professor Carrie Jenkins writes in her book What Love Is: And What It Could Be: “It’s hard to argue that there is only one model of success in love as before. Love does not consist of a fixed menu such as marriage, sexuality, children and aging together, on the contrary, it is an open buffet with many choices. Depending on your choices and personal thoughts, you can have a multi-partner, monogamous, bumpy, high or low sexual relationship, as long as you believe that this relationship is perfect.”